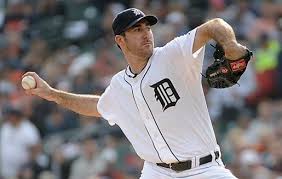 2 thoughts on “Should Pitchers Be Able to Win MVP Since They Have Their Own Award???”