Anibal, Infante, and Ichiro all Gone in One Day, Who’s Next?

Today the phones were ringing for the GMs around the league.  Two, maybe three very big trades occurred this afternoon.

The Detroit Tigers are gearing up for the postseason.  They have recently taken first place in their division.  The Tigers have been lacking production from second base.  They have had a horrid league worst of a .201 batting average and only 2 home runs.  So the Tigers made a huge move by trading

top pitching prospect Jacob Turner, and other prospects to the Miami Marlins for second baseman Omar Infante and pitcher Anibal Sanchez.  Omar will be a strong improvement for the offense of Detroit.  Infante has a batting average of .287 and 8 home runs, much better than what the Tigers have now.  Sanchez should strengthen Detroit’s pitching.  These moves will really help the Tigers to be serious playoff contenders.

Ichiro to the Yanks

The Yankees have once again acquired a star to add to their roster.  Ichiro  was also traded today to the Yankees.  Left fielder Brett Gardner is most likely out for the season after injuring his right elbow.  So that is why the Yanks decided to trade for Ichiro.  I’m guessing that Ichiro will 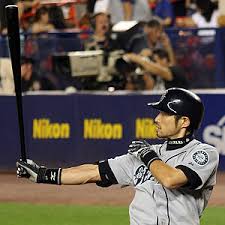 only be with the Yankees for this season because he is almost 39 and Gardner will be back next year most likely.  This deal came out of no where. I was very surprised that the Yankees went for Ichiro since he is having the worst year of his career with a .261 batting average.  I knew that they were looking for an outfielder, but I was thinking that they would try to get Shane Victorino from the Phillies.

The Atlanta Braves have traded for Ryan Dempster, but not yet.  Both sides agree, but Ryan hasn’t approved of the trade yet.  Ryan Dempster will remain a Cub untill he approves of this trade.  He’s a great match for the Braves, who are in need of starting pitching.  Dempster is the NL leader for his ERA of 2.11.  We’ll have to wait and see if this trade does go down or not.

One thought on “Anibal, Infante, and Ichiro all Gone in One Day, Who’s Next?”