On August 26, 1939, a baseball game was televised for the very first time.  A doubleheader between the Brooklyn Dodgers and Reds had only 2 cameras, compared to the thirteen cameras used for a Dodgers game now days! One camera was above home plate to see the view of the entire diamond.  To pick up throws from the infield, another camera was looking down the first base line.  About 3,000 people tuned in for this historical event.

Legendary Red Barber on the call for the first televised game!

Ebbets Field, the stadium where baseball was televised first.

Aroldis Chapman, of the Cincinnati Reds is known for his

world record speeds of his fastball topping  105 mph.  During Spring Training, the pitching coaches  will be transforming Aroldis from reliever to starter.  A very hard transition here.  Through his whole career he has been inconsistent and has had numerous control problems.  You know that “kid” that always brags about how fast he throws but can’t hit the side of a barn?  Well, it doesn’t matter how fast you throw if you can’t throw strikes.  I think when he becomes a starter it will be a huge hit or miss.  Also, he got away with mainly using his fastball since it was so fast and being only a reliever, he wasn’t expected to pitch a whole game.  He will absolutely need to develop some variety and more dangerous pitches or they’ll just tee-off of him.  If he can develop a dangerous curve and change up, he could be unstoppable.  Imagine a 101 mph fastball followed by an 85 mph change up.  Scary, right?  Also, becoming a starter will dramatically increase the number of innings pitched.  He could throw his arm out if he’s not prepared correctly.

I have a feeling this won’t be a good transition, but who knows?  I’m just not convinced he’ll be able to go the distance.  I believe the Reds should keep Aroldis as a dangerous reliever. 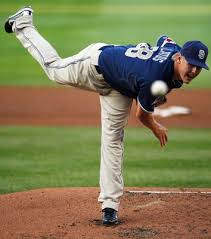 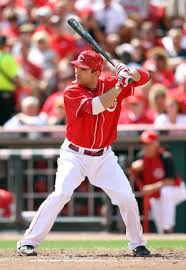