The Northwoods League, an elite collegiate summer league, had their All-Star Week festivities down in Kenosha, WI where the Kenosha Kingfish play. The week started off with a home run derby, but this was no ordinary derby.  The players were launching balls off a pier into Lake Michigan over a fence constructed of buoys!  The hosting Kenosha Kingfish had their man, Marty Bechina (who plays for Michigan State), win the derby after blasting 6 dingers into Lake Michigan. I was lucky enough to attend both the home run derby and All-Star Game, and man it was an exciting two days.  The Kenosha Kingfish hit it out of the park (and into the lake) while hosting the All-Star events.

Panorama of where I was seated for the derby. 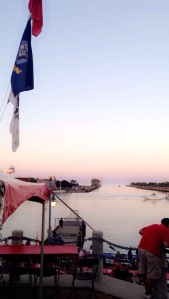 View of where the hitting was done off the pier.

After the derby on Monday, the All-Star Game was Tuesday at Historic Simmons Field in Kenosha, WI  between the North and South Divison.  The game got out to a rocky start after the North Division put on 7 runs in the first inning which included many errors (9 total in the game).  After a rough first inning, it was very good baseball from there on out.  The North Divison won 9-5 and both teams racked up 14 hits a piece. 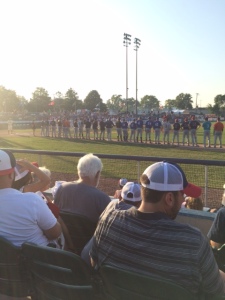 My view of the Northwoods League All-Star Game 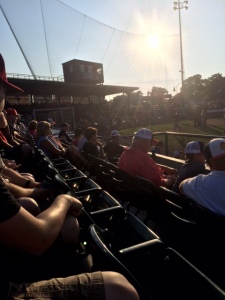 Panorama from my seat at Historic Simmons Field

It may not be Major League baseball, but this event was a lot of fun! Get out there and support your local baseball teams!

I broke my bat not my back this summer! I sent it back to see if they would honor their warranty and was kindly told that a new one may be coming. It did!  I wanted to say thank you to DeMarini for great customer service, living up to your word and sending me a new, upgraded replacement bat! Batting practice, here I come!!!! 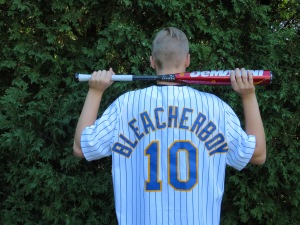 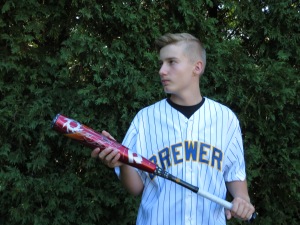