This is my 150th post on Bleacher Boy!  To celebrate this little milestone, I would like to share some of my favorite posts that I have written.  I haven’t posted for the last few weeks since I’ve been up north fishing and vacationing “unplugged.”

10. Moneyball and My Twin Sister Sophie

In this article I explain the  importance of just getting on base by any means.  My twin sister Sophie is involved because of how she helped my team win.

In this two part article I break down these type of hitters and their ups and downs.

8. Buying a Jersey…A Kiss of Death

The title explains it all, I don’t think I can ever buy another jersey.

Listen to the recording of my first  interview on the radio show, Rec Room Show!!!! I recommend starting 14 minutes into the show.

If  I were commissioner, I would implement this performance enhancing drug policy.

This is my personal research paper outlining what steroids  do to you psychologically and physically.  Very disturbing results from my research.

3. Warning: Graphic Pictures of Why My Grandpa Says I Should Stick to Sudoku

2.  Baseball, a Game of Failure

You don’t beat baseball, baseball beats you.   This explains how truly difficult baseball is, and how to “get a grip”  when playing the game.  Mental toughness is everything!  Like Yogi Berra said, “Baseball is 90% mental, the other half is physical.”

1. No Home Run is Greater Than His Sacrifice!

My favorite article!  It shows how God is involved with my life. I am blessed to be able to play ball and share my passion!  Credo – God, Family, Baseball!!!!!

EVERYTHING IS BETTER WITH BACON!!

Sorry, I haven’t posted in awhile…Things have been sooooooooo hectic! Various projects and some Catholic school basketball tournaments! I want to create a meme that says, “My mom used to be a nice person, until Catholic School Basketball”  – (Love you mom).  I’ve also been pretty darn sick with tons of papers to write.  I know, excuses, excuses……

The Lehigh Valley Iron Pigs are now displaying bacon on their uniforms!!!!! Maybe everything isn’t better with bacon……..

As Soph says, “EVERYTHING IS BETTER WITH BACON!!”

My twin soph said, “EVERYTHING IS BETTER WITH BACON!!”

This new look is pretty ugly, but AWESOME!!!  Putting bacon into a uniform is a ridiculously dumb yet genius idea! 🙂  On MiLB.com it says there will be “scratch-and-sniff” bacon logo t-shirts! How amazing is that…

What if they made bacon pinstripe pants!?!?!……MIND BLOWN!

HANGIN’ WITH THE BREW CREW!

“Brewers On Deck” 2014 was a day to remember!  There was some insane CLUTCHNESS from my mom (no surprise) and of course Sophie used her “Wonder Twin” powers to help capture autographs and images!  Soph was my photographer!

Sophie showing off my Christmas present!

As soon as I got there, I went immediately to get a Bob Uecker autograph voucher.  My number was 330…remember that number!  Then off to Marco Estrada, my guy!  As I was standing in line with Sophie, I quickly ran to Brewers pitcher, Tyler Thornburg.  One of the kindest guys of the day! I really like him now and I truly believed him when he said that he’d check out “Bleacher Boy.”  I met up with Marco again and he recognized me and he still  reads my blog!

To burn time before the certain Bob Uecker vouchers were called (remember 330?) I went to the Fox Sports Wisconsin announcer booth.  I got into my “Uecker” mode and recorded a Fox Brewers Promo.  I feel pretty natural behind the mic..future occupation!?!  I also got a chance to chat with Bill Schroeder,  the Brewers television announcer. He was friendly and just like what he seems like on T.V.  I also met up with John Steinmiller, author of “John and Cait…Plus Nine.”  John is a really cool guy and did some classy live stage interactive interviews!  I just found out that John and my older brother, Zach happen to be friends!   Hey John, I’m gonna take you up on your offer and visit you in the press box!  Do you see Brewers manager, Ron Roenicke photo-bombing my picture?!

I feel pretty natural behind the mic..future occupation!?! 😉

Bill Schroeder and me!

NICEST BREWER OF THE DAY: Mike Fiers! You are awesome man!  Thanks for being so good to the fans, including myself. I hope you’re reading this!

Mark Reynolds, Donovan Hand, Logan Schafer,  Elian Herrera, Sean Halton, Will Smith (no…not the Fresh Prince 😉 ),  and Jimmy Nelson, you guys were great too!  Thanks for taking time for me to talk to all of you.  Welcome to Milwaukee Mark and Will!!  Sorry, I couldn’t get a picture with all of them.

Couldn’t find my picture of the Brewers Will Smith….close enough? Just kidding!

Will Smith reading my card…The other Will Smith!

Insane clutchness from my mum!  I was walking around, and who would’ve thought…former Brewer, Geoff Jenkins was right behind me!  That’s when my mom starting yelling to me!  I then asked for his signature and introduced to my blog.  Geoff seemed very happy to be back in Milwaukee.  The fans loved seeing him back as well.

Welcome back to Milwaukee Geoff!

My mom’s clutchness wasn’t done yet.  I was near the WTMJ radio booth and my mom spotted Doug Melvin right behind me!!  Doug Melvin is the General Manager of the Brewers not to mention a regular “down to earth” kind of guy! We chatted about my blog and when I asked for the scoop on Matt Garza, Doug replied, “We got him!” with a smile on his face.

You know…just hanging with the GM of the Brewers. THIS IS AWESOME!!!

This was a day to remember! SOOOO MUCH FUN!  I recommend this family friendly fan festival (say that 3x fast) to all  Brewer fans!  Thank you Brewers for such an outstanding day!!!

What Am I Waiting For?

What am I waiting for?  Mark Newman really made me think about this post at http://mlblogs.mlblogs.com/2013/08/09/what-are-you-waiting-for/.

I’m waiting for the Brewer’s miserable year to end! 🙂

I’m waiting for the Brewers to surpass the Cubs in the standings…THE CUBS for God’s sake!!!!!  I’m waiting to view another sausage race, screaming my lungs out for Polish.

I’m waiting for my 13 year old twin sister to snag another foul ball rather than see a guy in his twenties thinking he is a big man picking off a ball directed at a kid.

I’m waiting for my wicked jersey curse to end…..

I’m waiting for a taste of a successful October in Milwaukee. To have the thrill of a World Series.  I’m waiting to dominate the Cards.

I’m waiting for more honor in the MLB.  I’m waiting for a truly clean game and for a time when players aren’t criticized because of their religious beliefs.

I’m waiting and hoping that I can interview Marco Estrada. 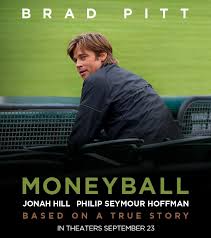